It is necessary to consider the specific result that is to obtain
itself with the mixture. Thus, an agitator who is satisfactory to stimulate the soluble solid dissolution eliminate can
not be effective to maintain solid insoluble in a uniform suspension.
In many cases, the agitator can be needed to make two or more synchronize functions:
Good contact between inmiscibles liquids and at the same time, has to stimulate the effective heat transmission to
the interior of the material and from him.
The selection of the appropriate mixer will also depend on the means in which it is had to work; or a gas, a liquid or
a mass of solid particles; or he is homogenous or heterogenous with respect to the phases; or the phases; or of
discharge or low consistency.
The design or project of an agitator demands the specification of the type of apparatus, the dimensions and
proportions of the mixer element, the situation of this element within this container for the mixture and the
conditions of operation of the agitator. In general, the optimal mixer, like the optimal equipment for other unitary
operations, will be the one that obtains the result wished with the economic combination of steady loads and
operation.
Actually the scatterer is selected current that assures more effective results and is more attractive from the points of
view of its installed cost and its conservation, since the energy consumed in the mixture is frequently only one small
part of the necessary one for all the process.
However, the meticulous designer will investigate the energy necessities, particularly in the operations that demand
scatterers of great power. The type, or the types, the dimensions and the position of the agitator for the operation
are determined first starting off of general the empirical principles. Soon the conditions of operation are specified;
these are less easy to generalize and they are deduced by the experience of the engineer or the salesman of the
equipment, or by means of tests of models.

Although they exist a great variety of mixers and scatterers in the market, these can be
divided in applications of low and high effort of cut. In the form, typically propulsive trowels or type, the reduction as
large as the particle does not take place, the battle is conducted by the melting and/or dissolution.
The mixer serves to maintain the homogeneity of the composition and the uniformity of the temperature, providing a
small increase itself. In a complete case, exists a passage in which the particles physically are reduced in size by
the mechanical / hydrodinamic cut with the combination of the rotor/estator accompanied by a small increase of the
temperature by the mixed energy
Such equipment, even working with size of particles superior to pellets, provide fast and efficient mixed dispersion.
Equipment of high effort of cut exists of two different ways, type vertical immersion and the mixed one in line.
* The vertical, the rotor/estator this mounted on an immersed platform and in a material tank, depending on the
mixer mall pillow to circulate the mixture and to assure homogeneity.
* The case of the mixed one in line, the combination of mixed in a tank recirculating by a pump the mill.
Experiences have demonstrated that this type of equipment, which assures a total dissolution, gives to a greater
rapidity and performance than the disintegration with a single vertical mixer, specially for great volumes of
production, tanks greater to 25 tons. 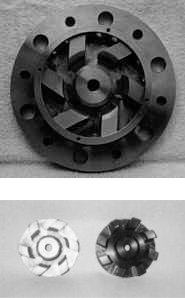 This model is characterized to act as of: liquid, semifluid and viscous product emulsion, dispersion, dissolution and homogenization. It has the virtue to break molecules and to dissolve pellets. One makes with standardized three-phase motors armored 100*100 and/or anti – explosive, whose powers vary of 1 to 7.5 HP (up to 7,500 rpm) of standard manufacture, and at order it is possible to be arrived at greater powers (up to 150 HP); the speed is of 3,000 rpm. The mixed capacity of cannot occur completely, since the same ones depend on different factors, like being:

* Viscosity
* Density
* Product to mix
* Measures of the container

The product without refining in the container is spilled, soon is located the equipment and is placed it in march, to add next, the polymer to dissolve or for example, regenerantes pigments, additives, vehicles, dusts, etc. It is provided with an open turbine. It has a mixer head that works according to the injection principle. The subjection means can be: bridles, arms of support, prepared to hang, etc.
The triple positive action as much explains its accepted superiority in its speed as efficiency in agitators and disolvedores. With these agitators the total action this limited mixed or the mixed recirculation of eliminate or some solution or. The three stages of the mixed cycle of are:

The materials are placed by suction at heart of the mall pillow work, and held to an intense action of mixed by the
rotation at high speed of the leaves in the closed space.

During the expulsion from the work mall pillow, the leaves of the rotor hold the material to an intense action of cut
but to the high speed, which guarantees a fast extra and total process of cut and dissolution. The emulsor mesh or
the mall pillow disintegrator attends the process, dissolving agglomerate, removing great sizes of particles so that it
produces homogenous emulsions and dispersions in minutes.

The materials process soon are sent with great force and speed within the body of the mixture. At the same time
the new material enters the base of the mixer mall pillow. This entrance and exit of the mixtures indicate a
circulation pattern which will as large as depend the tank and the type on mall pillow or used equipment. The total
of the mixture passes through the mixer mall pillow hundreds of times during the process and the combination of
the three stages of the cycle is positive, controlled and efficient mixing. The action of the machine is so smooth that
it can be used eliminate to less than three centimeters of the inferior edge of the tank. He is completely free of
vibrations and the unnecessary and nondesirable characteristics of turbulences against all other type of mixers of
high speed. All the parts of work are constructed of stainless steel with exception of the lubricated bushings car.
They are easily clean, little or null maintenance being necessary.

While the liquids are being expelled horizontally and the reflected flow raises by the flank of the walls of the tank, new material is continuously integrating itself within the bottom of the mixer mall pillow. The combination of these factors determines a flow pattern as it acquires knowledge in the figure to the left. When the mesh is used in the emulsor mall pillow, an intense action of cut takes place as large as, giving an efficient and fast reduction particles in suspensions and size of globule in emulsions. 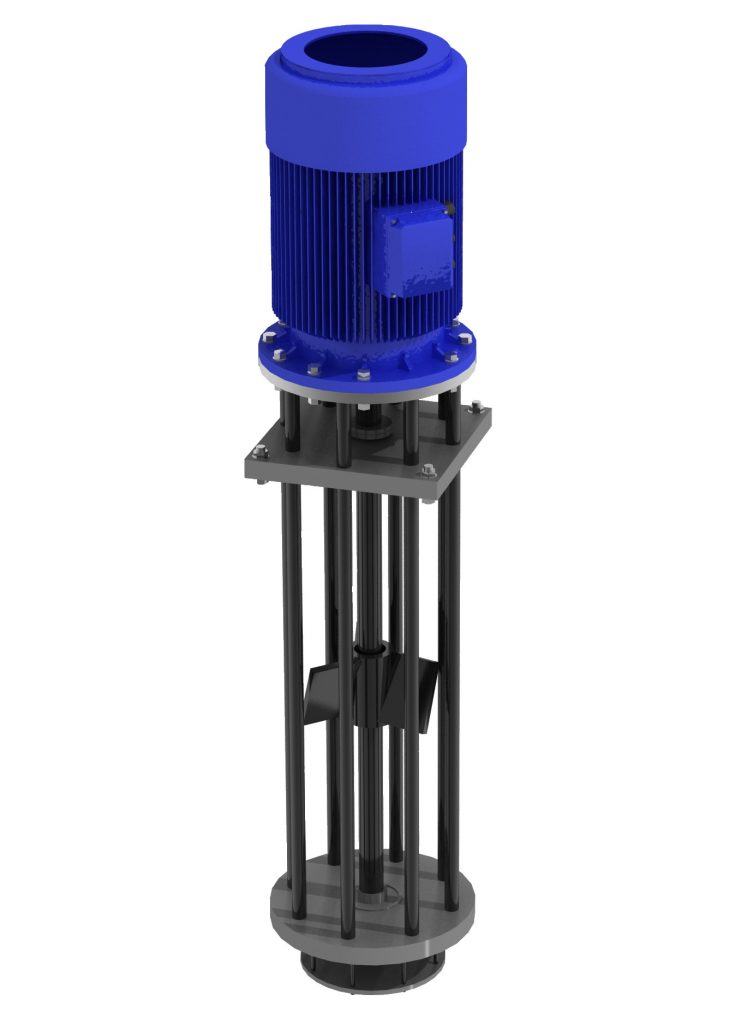 Used with or without the emulsificante mesh, the mixture is expelled outwards vertically, parallel to the rotor shaft giving the flow chart. This fundamentally recommended for liquid materials very viscous, anticipating the sedimentation of some very heavy solids or liquid inmiscibles during the processing and even but important for the prevention of the ventilation during the mixed one with high concentrations of detergents.
It is also used like deaereador of very viscous solutions.

A version of entrance and exit, The pump mall pillow can be used to turn any type of rotor to a fast and accessible pump that offers a speed of at least equal pumping to the conventional pumps of the same power. Few examples are sufficient to demonstrate their value.
1) Transference of the mixture of the mixer tank to the filling or storage machine.
2) Filling of small containers using one or more pumps mall pillows of exit.
3) Recirculation of the mixture including the use of the pumps mall pillow like a guarantee of which the batch has
been processed.
4) the use of a second rotor to maintain the recirculation and to prevent deposits while the mixture is pumped
outwards.

Provides the best concentration of efforts of cut. Equipped for emulsions and mixtures
of medium viscosity

Used for emulsions of fine mesh and dispersion